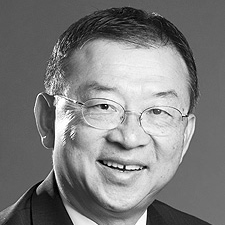 Born in China, Mr. Lee came to the United States to earn an engineering degree from the University of Michigan in 1962. From 1962-78, except for two years as a stockbroker, Mr. Lee worked for Boeing Co. in various capacities, including engineer, marketing sales manager and energy analyst. He received an MBA in finance and international business from the University of Washington in 1980. From 1979-96 Mr. Lee was project manager for the City of Seattle Solid Waste Utility. He helped develop a solid-waste plan that is a model for other U.S. cities. His experience working with local government prompted him to run for the Bellevue (WA) City Council, where he is beginning a third four-year term.

Since 1979 Mr. Lee has been the owner and managing partner of a property-management business. During the 1980s, he helped small businesses with international trade.

A resident of Bellevue, Washington, Mr. Lee is also a leader in numerous community service organizations and activities and has received national appointments and elections to the Board of the National League of Cities and President of Asian Pacific-American Municipal Officials.

Mr. Lee has been married for 36 years to Winnie. They have two children, son Chris, working in California, and daughter Jennifer, working toward a Ph.D. degree in Sociology at the University of Washington. His immediate family includes 88-year-old mother, who single-handedly raised him and his sister after being widowed when Mr. Lee was 8 years old.