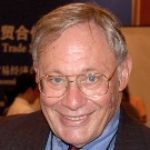 BILL STAFFORD
Advisor & Prior President
Trade Development Alliance of Greater Seattle
Website
Bill Stafford is president of the Trade Development Alliance of Greater Seattle. Between 1971 and 1990, he was employed with the City of Seattle in a number of positions, including Deputy Mayor to Charles Royer and Director of the Office of Intergovernmental Relations, where he was responsible for the national, state, regional and international relations of the city. He has been involved in a number of national urban advisory committees, chairing the National Urban Consortium in 1980 and is currently a member of the Citistates Associates. Prior to joining the City of Seattle,  he was with Ford Motor Company. He has been an affiliate professor at the Graduate School of Public Administration of the University of Washington. He is a graduate of Colorado College, which selected him for the Louis T. Benezet Award which recognizes outstanding achievement in an alumni’s chosen field. He also has an MBA from Columbia University. He was selected as “Outstanding Public Employee” by the Municipal League of Seattle-King County in 1986, “World Citizen” by the World Affairs Council in 2009 and recipient of the Peace Builder Award from Pacific Luthern University in March of 2010.

Bill has been active in the Seattle area community for many years. He is a member of the United States Department of Commerce’s District Export Council. He also chairs the Seattle Sister City Coordinating Council, and serves on several boards including the Museum of History and Industry (MOHAI), Port Jobs, the Economic Development District, the Advisory Board of the Burke Museum, Future of Flight, Global Washington, the University of Washington’s Center for International Business Education and Research (CIBER) program and the International Advisory Board of the University of Washington’s Center for International Education and Research. He is on the chancellor’s advisory committee for Seattle Community Colleges. In the past, Stafford served as executive board member of the Japan America Conference of Mayors and Chamber of Commerce Presidents. In addition, he served as a board member for the Woodland Park Zoological Society and Oversight Board, Seattle Children’s Museum, and the Public Defender Association. Furthermore, he was a member of the National Advisory Committee of Small Business Administration.